Beer just tastes better out of a glass to me.

I’m not pretending to have just discovered this, as I’m sure many of you are aware of the aromatic properties of certain glasses (see the Sam Adam’s glass for such an example) but it has been impressed upon me to use glasses as much as possible.

This has grown increasingly common now that I have a dishwasher that seems capable of ONLY correctly cleaning glasses (and somehow never getting that one pot lid clean) and I have taken to drinking even canned light beers out of a glass.

Yes, in those cases it is a 32-ounce mug that’s heavy enough to count as a weapon in certain cases, but it’s still an example of me always preferring a glass, even when the beer contained therein isn’t the greatest.

Of course this all has its roots in my preference for draft beer over bottled beer, which is truly what this post is about.

I live within walking distance of a handful of bars dotted along one of the main roads here that is marked by urban sprawl. END_OF_DOCUMENT_TOKEN_TO_BE_REPLACED

In one of Seinfeld’s cold openings, when Jerry is doing standup, he talks about how purchasing condoms should be done through giving a knowing look with the pharmacist, who then places the goods into an opaque bag and rings you up.

It’s a clever solution to one of the most commonplace of problems.

At times, even buying tampons at a store has seemed easier because the narrative isn’t as interesting.
The cashier or other shoppers see you with the feminine products and make one of only a handful of essentially domestic conclusions: picking them up for your significant other because you’re whipped or picking them up for your significant other/sister/mother because you’re a good person.

Regardless, the unspoken question is “Why are you here buying these?” With condoms, it’s “What are you going to do with these?”

One of my friends at work was telling about how she was behind a man who was buying a pack of condoms and the cashier couldn’t get them out of the plastic box they were in. He made the most of it, though, making a few jokes about it before a supervisor finally came over to help.

It was then that it occurred to me that the condom purchase is one of those obligatory moments in life where anecdotes are plentiful. END_OF_DOCUMENT_TOKEN_TO_BE_REPLACED 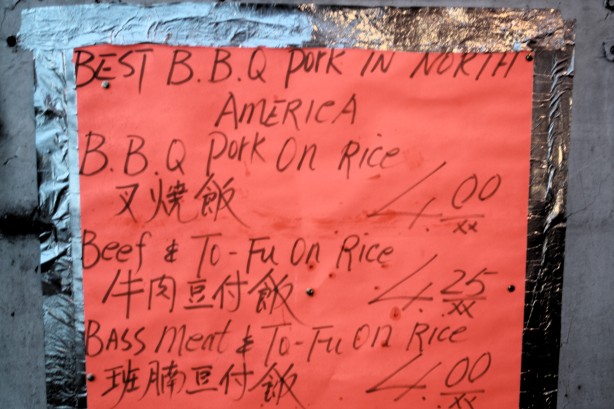 The Chinese “barbecue” was not settling well. Jessica’s food wasn’t either, so I didn’t anticipate seeing her for a few hours. While it wasn’t the best choice I could have made for dinner, however, you can’t argue with results… END_OF_DOCUMENT_TOKEN_TO_BE_REPLACED

My long-term absence will be explained in a future post.

When I got started in journalism, it wasn’t because I wanted to be a journalist.

It was because I wasn’t good enough to play sports at school anymore, so I sought a way to stay connected to them any way I could. Daniel Ellis invited me to attend a sports section meeting with him, and from then, I was sold.

Which is surprising, since I started out in the undesirable beats – for instance, covering our volleyball team which was riding a conference losing streak of more than 30 games.

Of course, I love volleyball, so it wasn’t really a stretch to stay interested, but there was also the spandex and the tall females I got to talk to on a weekly basis…

Maybe it wasn’t surprising, but regardless, I wouldn’t allow myself to date any of them.

I say that now and pretend like I was being an objective journalist with integrity, but it’s only because I was too afraid of them rejecting me to even ask. END_OF_DOCUMENT_TOKEN_TO_BE_REPLACED