RALEIGH — Local lawmakers say the session is winding down as the General Assembly turns toward the state’s spending plan and response to coal ash ponds. 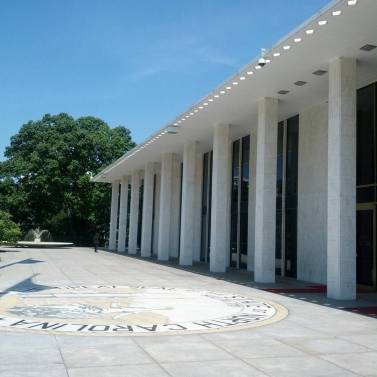 Rep. Jimmy Dixon (R-Wayne) said legislators are set to make short work of the budget next week and are not likely to take up any other bills until the new legislature takes office in January.
“When we get through with the budget, it’s going to be a rapid closing down,” Dixon said Wednesday.
Last year it took the legislature until September to pass a budget, but Rep. John Bell (R-Wayne) said much of the hammering out of the budget was done last week in a stretch that kept him in Raleigh for three days straight. Both houses are calling for $22.5 billion in spending next fiscal year.
Bell said things were already wrapping up smoothly before the N.C. Department of Environmental Quality released its classification of the state’s coal ash ponds, five of which are located in Wayne County and classified for closure by 2024.
Bell said he aims to find a better use for the ash, perhaps selling it to be used to make concrete, but said even if that plan falls through his district should see some action concerning the ponds.
“If we can get something done, our area is really going to benefit,” he said.