Here’s my wrap-up of the year in pictures.

Still flood waters surround houses, mailboxes and shrubs in the neighborhood behind Bynum Elementary School in Kinston, N.C. almost a week after Hurricane Matthew made landfall.

The Windgate Townhose Apartments complex was completely evacuated ahead of rising floodwaters from the Neuse River nearly a week after Hurricane Matthew made landfall.

Sen. Ted Cruz (R-TX) talks to reporters ahead of a rally near Raleigh, North Carolina on March 8, 2016.

Donald Trump reacts to a crowd of supporters seeking autographs after a campaign rally in Fayetteville, N.C. on March 9, 2016. 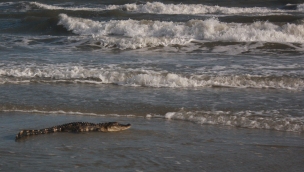 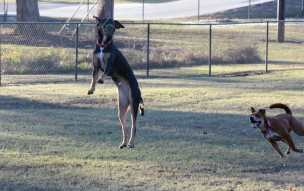 Hashbrown leaps high above Sara to catch a tennis ball at the Rotary Dog Park in Kinston, N.C. on Nov. 21, 2016

An airplane pulled a banner reading “VETS TO TRUMP STOP HATE SPEECH AGAINST MUSLIMS” above Myrtle Beach, S.C. on Feb. 19, 2016 outside a Donald Trump campaign rally ahead of the S.C. primary. 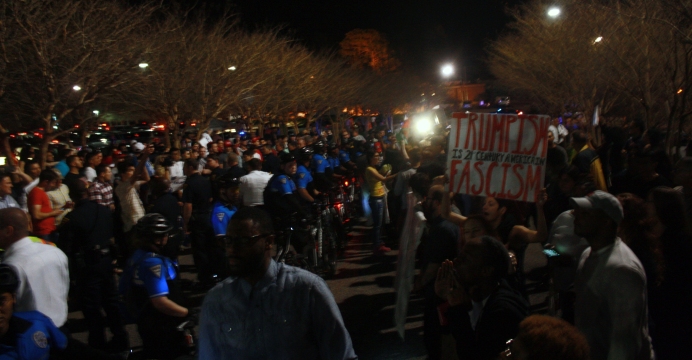 A blue line of Fayetteville police officers on bikes stands between Trump supporters and protesters following a rally at Crown Coliseum on March 9, 2016.