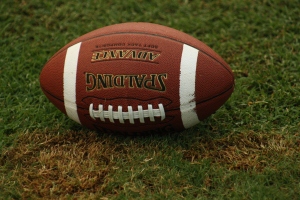 There are a few sports within sports that are polarizing even among sports fans.

Besides NASCAR (which qualifies as a sport, almost) I would argue that pro baseball is the next most divisive issue in sports. Steroids notwithstanding, a lot of people just think it’s boring.

I could argue that as a dying-hard Orioles fan, there are few baseball fans that simply love the game of baseball more, or explain how the culture of baseball is what truly attracts me to the sport, but it’s like a Hilary Swank hot-or-not debate: in the end each side just gets more entrenched in its own views and intelligent discussion ends.

But while baseball as a sport takes a lock of flak for being boring (a view I totally understand) football’s different levels of play and difference in the number of followers at those levels has always perplexed me.

It seems (at least in North Carolina, anyway) that college football has a larger following than pro football. I think it has a lot to do with the closest team being either Atlanta or Baltimore (just like in MLB) until 1995, and the fact that Charlotte may as well be a different state in comparison with the rest of N.C., but the last gladiator-like sport still played (regularly) on American soil should have followers at all levels, right?

While I must admit my love for the NFL likely comes from me spending the majority of my life as a Duke fan (no explanation necessary there) I think it has a lot to do with how team-oriented football is.

When a college basketball player moves up to the NBA, they’re gone. With only five players on the court at the game’s highest stage, it’s very rare that a college star is going to make a name for himself in the NBA. Yes, I know, I’ve seen the ACC’s J.J.s on TV, but your Chris Paulesque players are few and far between.

In the NFL, though, you have a role. There are fat guys, fast guys, mean guys, smart guys. Players can change positions because they’re more adept at the pro level as a wide receiver than as a QB…it’s fluid. Even some of the worst players get snaps throughout the season, and there’s almost a continuation of the college culture. Every game matters (even when there’s 16 of them with the possibility of adding two more) and, in a step away from what I dislike about college football, every game is winnable. Duke will NOT beat Alabama, but there’s a chance the Redskins can make something of this season. The science of the NFL just seems to have a more artistic aspect to it.

There’s nothing that compares with Saturdays, don’t get me wrong, but the arrival of the NFL completes my 7-step method for enjoying football every day of the week. It is as follows:

So, as a lover of the game, I cannot wait for tonight. And while the NFL may be “where college football careers end” we can still look past the pageantry and millions of dollars worth of corporate sponsors and still see 22 boys in a pasture, throwing around a pumpkin that won’t bust.

And if nothing else, just feed off of these amazing lines from The New York Times concerning the return of pro football tonight:

From The Saints Have Taken Steps to Avoid a Letdown:
“In a place that knows hangovers, the Saints hope they have found the remedy.”

And these gems from Mike Tanier’s preview of tonight’s game:

You know what, just read it. Go football!

UPDATE: Another way to get excited about football.